Combing the routes from last week’s walks, Justine created a new route for the final choreography.

The class was able to test this route and plan the logistics of their moves at a few sites of interest over these past few sessions with Justine. This included the alley way from last week, the stairwell in the school, the school courtyard and the playground in Maclean Park.

Thinking through Justine’s question of ‘how do we move together?’, the class was able to put their ideas into practice and bounce ideas off each other one place at a time. Moving through what did or did not seem to work, they developed some new choreographies using parts of their bodies that they didn’t expect to use. For example, in Maclean Park, the class discovered the weight of their facial expressions in their performance. Justine pointed out that in dance, the eyes are considered a limb! 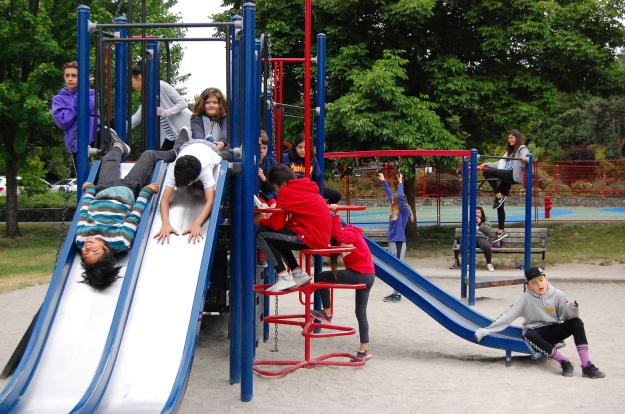 Justine’s collaborator Alanna was also able to join the rehearsals in the afternoon when they developed their stairwell dance. Alanna helped the class work through how they wanted to guide their audience back into the classroom at the end of the performance via the school’s two main stairwells. They experimented with gaining speed to run up the stairs by swinging on the stair rails.

At the end of the day, the class watched some slow-motion footage of their rehearsals and began brainstorming their custom t-shirt costumes for the performance. They wound down by reflecting on time and movement. They also voted on what they wanted to call their performance – the intersectors! Looking forward to it this Thursday the 14th! 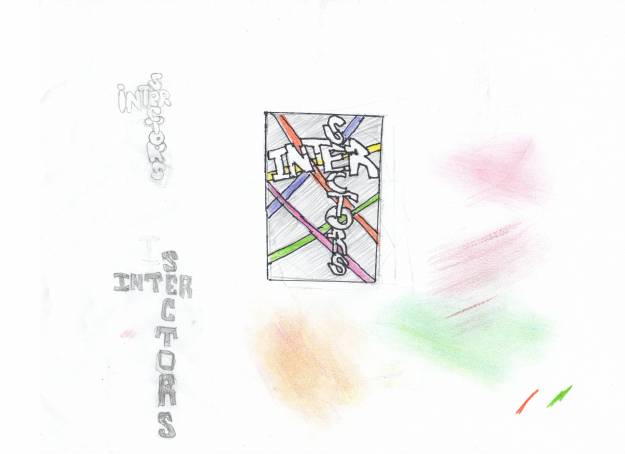 A t-shirt design for the intersectors, image courtesy of Legend Eastman